The Assumption Province has a long and fruitful history in foreign missions. Currently, we have one friar in Mexico who continues the tradition.

Perhaps the presence of the friars in the Philippines has been the most significant foreign mission activity of the friars.

This excerpt from the province’s history gives an idea of the work of these dedicated friars. “In January and February of 1948, the urgent need for missionaries to the Philippines was broadcast to the entire world. In the aftermath of World War II, the USA was practically the only country in a position to render assistance.

“The Assumption Province took initial steps to establish a mission in the Philippine Islands in the fall of 1952. 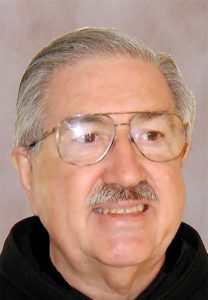 “The early friar missionaries described the Philippines this way. The Filipinos live a life of utter poverty. There are many tiny mouths to feed, infant mortality is high, annual wages are low. Clothes are expensive and difficult to obtain. Homes, called nipa huts, are made with nipa palm. Drinking water is scarce, rice is expensive, and kerosene for their lanterns quite costly.”

—The Pulaski Franciscans: A History of the Assumption Province 1887-2011 by Jerry Tokarz, OFM.