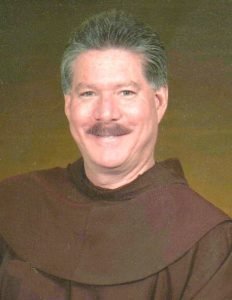 I'm Fr. Greg Plata, OFM, Vocation Director of the Franciscan friars of this province. Are you beginning to seriously discern your calling? You may be heartened by the experience of our founder, St. Francis of Assisi. As a young man, St. Francis of Assisi struggled with his vocation and the direction of his life, having had a young life of privilege and comfort.  After his capture and ransom from a war with Perugia, Francis began to ask those tough questions about life and his relationship to God.  His discernment actually took several years!

Francis often retreated to out-of-the-way places to pray from his heart, “God, who are you?  And who am I?”  While at the little tumble-down chapel of San Damiano he asked God, “Lord, what do you want me to do?”  And God gradually showed him!

As followers of St. Francis of Assisi, we “Franciscan friars” – priests and brothers – also have had our questions about our vocation.  Asking questions is good – just like St. Francis did. His questions were honorable and sincere, just like yours. These are signs of a mature individual coming to terms with his calling.

Perhaps you are learning as a disciple of Jesus Christ – sincerely asking questions is honored by God and brings us along on the path of our calling. Prophetic, Fraternal, Franciscan.

I am here for you.

Those of the millennial generation (born after 1982) are even more likely than the generation before them to consider a vocation.
• Some religious institutes continue to attract and a few are experiencing significant growth.
• Those coming to religious life today tend to be optimistic in their outlook, tolerant of differences among people, and positive in their attitudes toward authority. They believe religious life will persevere.
• In 2009 there were over 2,600 men and women in religious formation in the United States. There are more men preparing to be religious priests and brothers (more than half) than there are women preparing to be sisters (less than half).
• The “face” of religious life is changing in the U.S. Compared to finally professed members who are 94% white Caucasian, newer entrants are more likely to be non- Caucasian: 21% are Hispanic/Latino/a; 14% are Asian or Pacific Islander and 6% are African, Black, or African American.
• Religious institutes are more likely to attract newer members if they have a strong Catholic identity, if they are hopeful about their future, if their members live together in community, and if they have a structured prayer life.
• Although newer members desire ministry (70% were already involved in full or part-time ministry prior to entrance), their primary reasons for coming to religious life are a sense of call, a desire to deepen their prayer and spiritual life, and a desire to live with others who share their faith and values.

Who are Franciscans? Click the picture above to watch a video to learn more 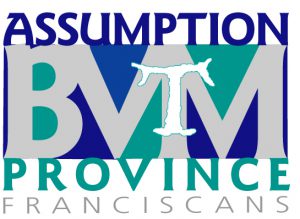 We are Franciscans, brothers embraced by the Mystery of God which shapes our trust in God and one another. God’s Providence has sustained our ministries, made us resilient, and freed us to be open to change. This freedom fosters our unique commitment as a Roman and Byzantine Catholic community to re-shape OFM life in response to the changes in our churches and world.

The joy of the Gospel of Jesus urges us to the periphery, where God’s love impels us to invite others to the experience of Christ’s mercy and forgiveness.