How the Assumption Province Came To Be

Our Franciscan Province has a rich and colorful history. First of all, it has its roots way back to the time of St. Francis of Assisi (1182-1226). We are members of the world wide Order of Friars Minor (OFM), or “lesser brothers.” Francis wanted his brothers to be known as “mi­nors”, or “lesser.” And, so, that’s where our Province’s history be­gins.

Poland, after 1795, was partitioned between three European powers: Hapsburg Austria, Czarist Russia, and German Prussia. The Assumption of the Blessed Vir­gin Mary Province begins with Bro. Augustin Zeytz, OFM (1828-1916), a refugee from Czarist Russian Poland whose friary in Smolany and whose Province (As­sumption of the BVM in Gdańsk) were suppressed after the January Uprising of 1864 against the Czar.

In 1872 he found himself an exile and refugee in the USA and eventually ended up in the hard-coal mining regions of northeastern Pennsylvania where he ministered to Polish and Lithuanian immigrants. He was literate in Polish, Lithuanian and German.

Bro. Augustin dreamed of a Franciscan Province to meet the needs of the Polish immigrants. John Hoff, an enterprising Norwegian land seller, offered him some land in far off Pulaski, Wisconsin, if Bro. Augustin could find friars to serve the pastoral needs of the people. Bro. Augustin lobbied Kraków (the only Province left after the January Uprisisng), and he lobbied the General Minister in Rome for friars from suppressed Polish Provinces to join him and establish a communi­ty in Pulaski. Not too long afterwards he was joined by Fr. Erasmus Sobocinski, OFM, Fr. Stanislaus Jeka, OFM, and Bro Sylvester Kuhn, OFM, and shortly after­wards by Fr. Jerome Schneider, OFM, and Bro. Raphael Dominikowski, OFM. All these friars, except Fr. Erasmus (originally from the suppressed Warsaw Prov­ince), were then living as exiles in France or Rome and were members of the short lived Pozńan Province suppressed in 1875 by Bismark’s Kulturkampf. When the friars at last arrived in Pulaski, they did not find what Bro. Augustin has apparently promised! Instead of a settled friary, they found a run-down log cabin and swampland! Nevertheless, they put their energies into developing a friary and chapel—and serving the Polish people.

Over the course of the next several years other friars from Poland or Polish immi­grants joined them. There were ups and downs. And there was hope! Two young friars, Francis Manel, OFM, and Anthony Wiśniewski, OFM, both Polish immigrants and creatively energetic men, became the new leaders of the fledgling communi­ty. A high school was developed and a printery founded. The friars, priests and brothers, traveled by train to major and moderate cities alike, such as Green Bay, Milwaukee, Chicago, Gary and Detroit, Pittsburgh and Buffalo—wherever there were Polish communities—and preached the Word of God.

The General Council of the Order in Rome approved us as a Province in 1939. The friars became pastors in rural Wisconsin, in Pulaski, Green Bay and in Sturtevant. They developed a college seminary in Burlington, Wisconsin, and a major seminary in Cedar Lake, Indiana. The friars expanded the preaching ministry and devel­oped friaries in Pittsburgh, Pennsylvania, Grand Rapids, Michigan, Toledo, Ohio, and Canton, Massachusetts. They established a secondary school in Watkins Glen, New York, right after World War II. In the 1950s, the numbers of men exploded and a new seminary was built in West Chicago, Illinois, for the growing population of Franciscan seminarians. In the early 1960s. the friars of the Assumption Province moved into Philadelphia for secondary education and in 1966 were entrusted by the archdiocese with Archbishop Ryan High School for Boys (becoming co-educa­tional in 1989).

The friars of the Assumption BVM Province went to Greenwood, Mississippi, in the early 1950s, to establish a mission and school among African-Americans. Also, around 1950, friars went to the Philippine Islands, working collaboratively with some other US Franciscans, to begin the establishment of Franciscan missions. A principal goal was to help the Filipinos develop their own Franciscan Province. This was realized in 1980 when the Filipino St. Peter Province was officially established.

The friars in Mississippi were, in one way or another, involved in the Civil Rights Movement in the 1960s. The friars in the North began agitating for more involve­ment among the poor in the inner city, beginning in Milwaukee and Chicago, and into Philadelphia, Pennsylvania and Rockford, Illinois. The initial formation pro­gram for entering the friars was established in the heart of Milwaukee instead of a rural setting.

Another outreach to the marginalized was the initiation of Hispanic ministry in the Rio Grande Valley: the Diocese of Brownsville, Texas, after 1984. Many of the former institutions are history today. But buildings do not make the community.—the Holy Spirit makes the community! In the late 1990s a small group of Franciscan Friars of the Byzantine Rite (Eastern Catholics) merged with the As­sumption BVM Province and the brotherhood became de facto “bi-ritual”, serving both Roman and Byzantine Rite Catholics. The friars continue the vibrant work of pastoral and educational ministry in Greenwood, Mississippi. They have taken on new ministries. Friars of the Assumption Province have re­sponded to the Holy Spirit through a variety of work. This includes staffing par­ishes, campus ministry, academic and spiritual formation, hospitals, Sisters’ chap­laincies, administration—and many other services, making sure that the “spirit of prayer and devotion” is not compromised. 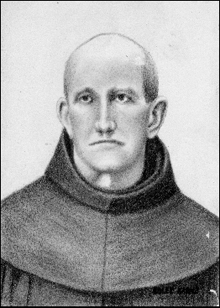 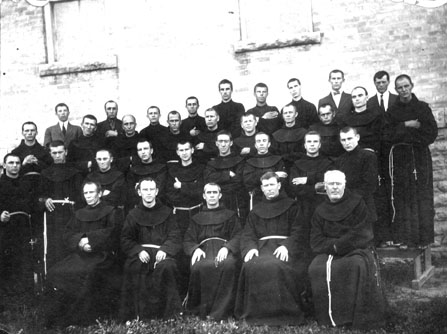 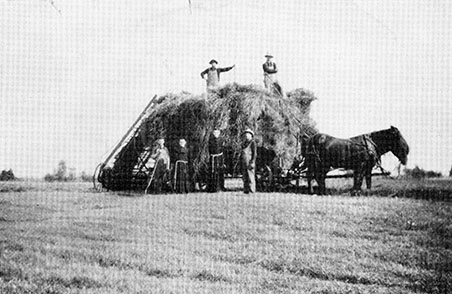 The Province of the Assumption Province consisted of these friars