Clare was born in Assisi, Italy as the eldest daughter of Favorino Scifi, Count of Sasso-Rosso and his wife Ortolana. Later on in her life, Ortolana entered Clare’s monastery, together with Agnes, Clare’s sister.

Clare’s parents decided she would marry a wealthy young man. In desperation Clare escaped her home and, on March 20, 1212, sought refuge with Francis, who received her into religious life. 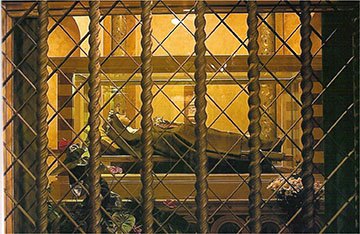 Clare and her sister Agnes came to live in the church of San Damiano, which Francis himself had rebuilt. Other women joined them there, and San Damiano became known for its radically austere lifestyle. The women were at first known as the “Poor Ladies”.

San Damiano became the focal point for Clare’s new religious order, which was known in her lifetime as the “Order of San Damiano.” San Damiano emerged as the most important house in the order, and Clare became its undisputed leader. By 1263, just ten years after Clare’s death, the order became known as the Order of Saint Clare.

Unlike the Franciscan friars, whose members moved around the country to preach, Saint Clare’s sisters were cloistered, since an itinerant life for women was unheard of at the time. . Their life consisted of manual labour and prayer.

For a short period of time the order was directed by Francis. Then in 1216, Clare accepted the role of abbess of San Damiano. As abbess, Clare had more authority to lead the order than when she was the prioress, who had to follow the orders of a priest heading the community. Clare defended her order from the attempts of prelates to impose a rule on them that more closely resembled the Rule of St Benedict than Francis’ stricter vows. Clare sought to imitate Francis’ virtues and way of life so much so that she was sometimes titled “another Francis.” She also played a significant role in encouraging and aiding Francis, whom she saw as a spiritual father figure, and she took care of him during his illnesses at the end of his life, until his death in 1226.

After Francis’s death, Clare continued to promote the growth of her order, writing letters to abbesses in other parts of Europe and thwarting every attempt by each successive pope to impose a Rule on her order which watered down the radical commitment to corporate poverty.. She did this despite the fact that she had endured a long period of poor health until her death. Clare’s Franciscan theology of joyous poverty in imitation of Christ is evident in the Rule she wrote for her community and in her four letters to Agnes of Prague. 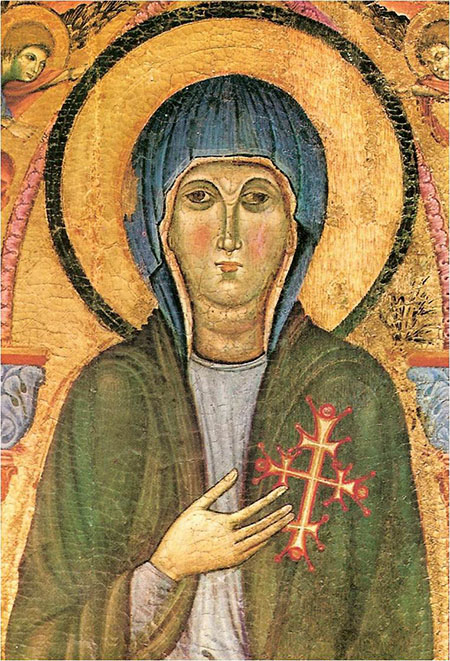 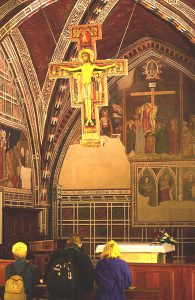 San Damiano Cross in the Basilica of St. Clare, Assisi